Demand, supply and markets: Challenges and opportunities in the shipping business

The UNCTAD Review of Maritime Transport 2016 has been launched this week. This year, we have placed a special focus on “Challenges and Opportunities for Developing Countries”. Here are a few selected personal picks:

We have a new geography of trade, which can be depicted quite nicely with our data on seaborne trade. Developing countries are no longer just the suppliers of high volume/ low value raw materials, but instead now also import large volumes of oil, iron ore, coal et al, participating in global value chains and the globalized production of manufactured goods.

(Source: UNCTAD RMT, based on data from Clarksons Research)

As at January 2016, the top five shipowning economies in terms of dwt were Greece, Japan, China, Germany and Singapore, while the top five economies by flag of registration were Panama, Liberia, the Marshall Islands, Hong Kong (China) and Singapore. The largest shipbuilding countries are China, Japan and the Republic of Korea, accounting for over 91 per cent of gross tonnage constructed. Most demolitions take place in Asia; four countries – Bangladesh, India, Pakistan and China – accounted for 95 per cent of ship scrapping gross tonnage. The largest suppliers of seafarers are China, Indonesia and the Philippines.

As countries specialize in different maritime subsectors, a process of concentration of the industry occurs.

As each maritime business locates in a smaller number of countries, most countries host a decreasing number of maritime businesses, albeit with growing market shares in the subsectors. There are ample opportunities for developing countries to generate income and employment and help promote foreign trade. Policymakers are advised to identify and invest in maritime sectors in which their countries may have a comparative advantage. Supporting “the” maritime sector is no longer a policy choice. Rather, the challenge is to identify and support selected maritime businesses. Policymakers need to carefully assess the competitive environment for each maritime subsector they wish to develop, and to consider the value added of a sector for the State economy, including possible synergies and spillover effects to other sectors – maritime and beyond.

Container ships have never been bigger than at present, container freight rates have rarely been lower, and a record number of containerships are idle. In 2016 the largest bankruptcy ever to take place in container shipping unfolded, after the board of Hanjin Shipping voted to file for court receivership.

I have discussed earlier the problems of ever larger ships and the underlying economics of the demand and supply curves. Data on containership fleet deployment confirms the trend: As ships get bigger, the  number of providers per country goes down. 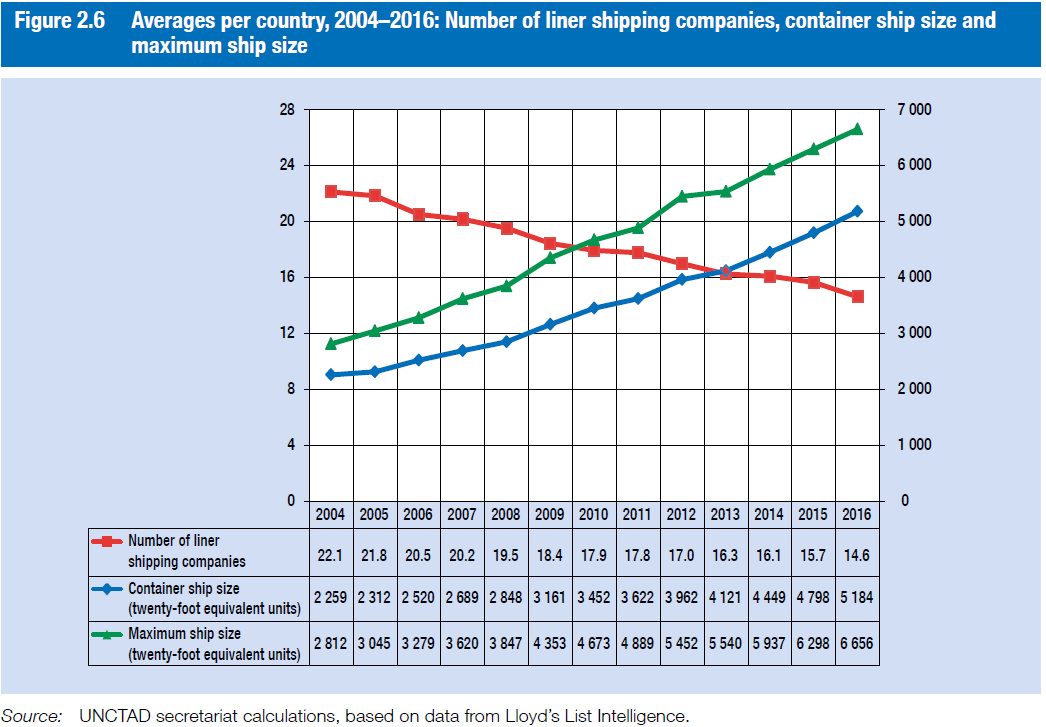 Shipping will continue to be the most important mode of transport for international trade, with the lowest environmental impact per ton–mile of transported cargo. The long-term perspectives for seaborne trade and maritime businesses are good. Policymakers are advised to identify and invest in maritime sectors in which their countries may have a comparative advantage.

In past centuries, maritime nations benefited from synergies between different maritime businesses. Shipowners flew national flags and generally employed their compatriots; they called at home ports and had their ships built and repaired in national shipyards. An experienced captain could find land-based employment close to home, in maritime and port administrations or through a classification society that certified national shipbuilding. Later on, steel from recycled ships could be reused for new constructions. In principle, such synergies remain valid. However, other aspects have gained in importance. There may be more synergies between shipbuilding and other industrial activities such as car manufacturing than between shipbuilding and shipowning. Labour costs and qualifications are of differing levels of importance in different sectors. Vessel registration is often provided by countries that may also be active in offshore financial and non-maritime services, while the clustering of insurance-related and legal services may be beneficial for trading and ship operations. Often, different types of clusters are not found in the same country.

Overall, there are good opportunities for many developing countries. For Least Developed Countries and for Small and Vulnerable Economies, however, it is more difficult to participate in the business (i.e. as providers) or to benefit from the larger ships (i.e. as users). The growth and concentration in maritime transport continues to be good news for some, and not so good news for others. 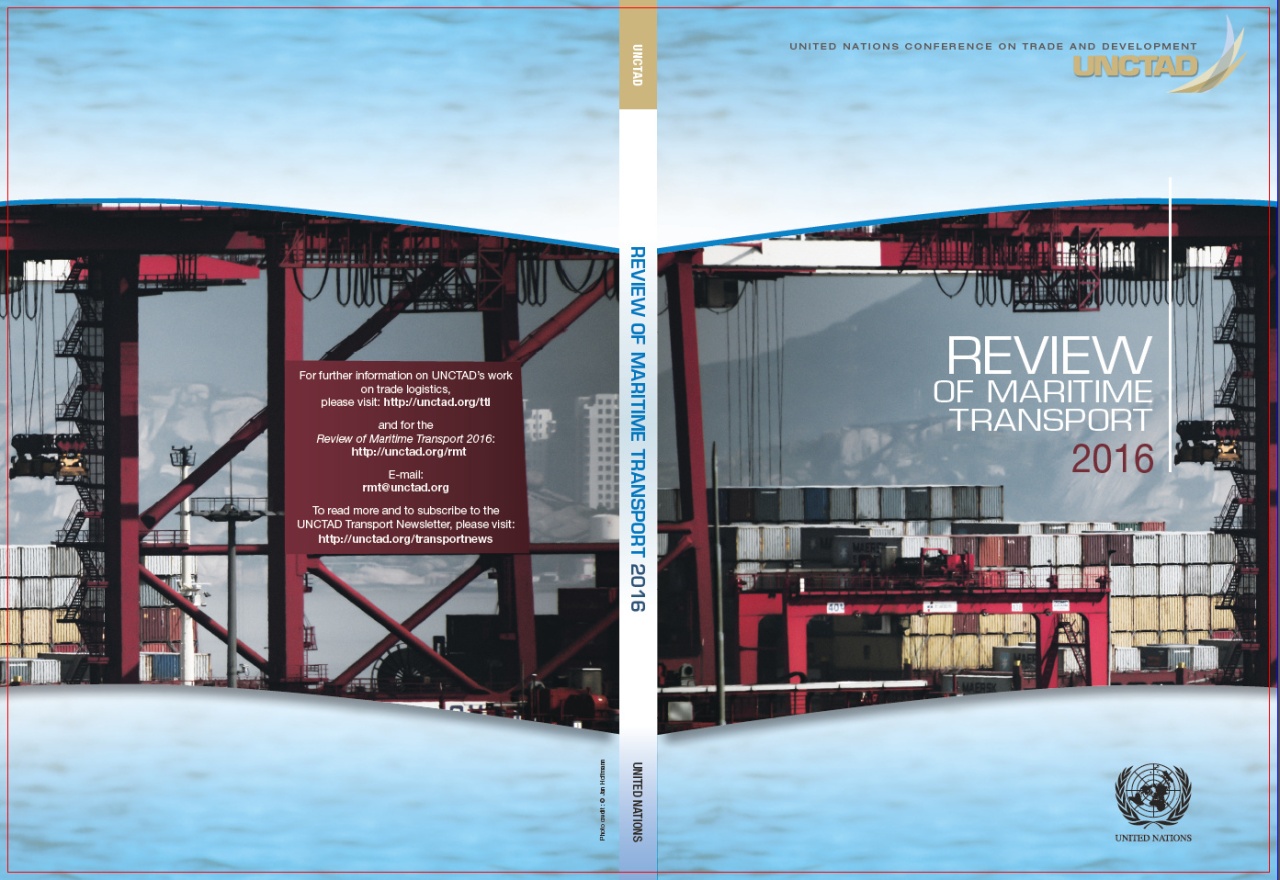